Research briefings are written by specialists in the Scottish Parliament Information Centre (SPICe) They are used by MSPs to support parliamentary business and give a good overview of legislation current going through Parliament. For example SB 15-21
The Scottish Elections (Reduction of Voting Age) Bill. This was introduced on 2 April 2015. Its purpose is to introduce the changes to electoral procedures necessary to allow the voting age for Scottish Parliament and local elections to be reduced to 16 years old from 18 years old.

The UN Libraries in New York, Geneva and Vienna have an impressive selection of research guides on a variety of topics available.
I would like to highlight from the extensive list of  guides a  couple of useful  starting places if you wish to find out more about the UN and their publications.

These videos form a small part of the National Library of Scotland’s youtube channel.

Well worth a look.

When a general election results in no single political party winning an overall majority in the House of Commons, this is known as a situation of no overall control, or a ‘hung Parliament’.

Listen to the lecture and discussions.

The Hansard Society’s Audit of Political Engagement is the only annual health check on British democracy. Now in its 12th year, the study measures the ‘political pulse’ of the nation, providing a unique benchmark to gauge public opinion with regard to politics and the political process.

Hansard is the transcript of all parliamentary debates, published by Parliament itself. TheyWorkForYou’s version of Hansard claims it is the easiest to use anywhere on the web.

Also, improve your understanding of the UN by watching this two minute video from TEDEd

The Speaker’s Commission on Digital Democracy has published its report ‘Open Up’. The report recommends how Parliament can use digital technology to help it to be more transparent, inclusive, and better able to engage the public with democracy.

Last week I was asked to locate “the Order in Council dated 19th December 1913 (made pursuant to the Dockyard Ports Regulation Act 1865)” and concerning the Dockyard Port of Cromarty. You know I love these old ones!

Orders in Council are orders which have been personally approved, at a meeting of the Privy Council, by the monarch. If the order had been recent it might have been available via the Privy Council website – but 1913 is not recent (even by our standards).

I had no way of knowing which I was looking for…

an interesting article found on Informed…

Ten years of freedom of information – what does the future hold? 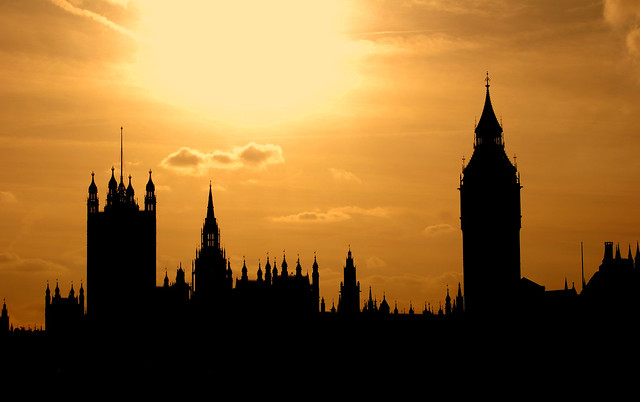 To celebrate 10 years of the Freedom of Information Act, Bilal Ghafoor (FOI Kid) reflects on its impact and ponders what the future holds for this important Act of parliament.

If you go onto the website or read the official publications of any government department, local council, NHS organisation, the one thing that almost all of the information will have in common is that it has been volunteered. And while the communications and press teams in many organisations do a great job, ultimately they are a prism through which an organisation shines out what light it wishes to. Most press releases or official statements do not contain raw data. Most organisations do not publish email trails that they are even slightly uncomfortable about.

The Freedom of Information Act 2000 came into force on 1 January 2005 and it has, in the words of the Justice Select Committee, which undertook a post legislative review of the Act, been “a significant enhancement of our democracy.”[1] However, it went on to note that “we are not surprised that the unrealistic secondary expectation that the Act would increase public confidence in Government and Parliament has not been met.”[2] This was, after all, while the fire of the MPs’ expenses scandal was still smouldering.

I continue to be struck by an observation I heard when I attended a Request Initiative event on FOI that all the complaints about the burden of FOI are irrelevant – public authorities hire FOI officers and spend money not on releasing information but on withholding it. Aside from personal data, which must be guarded, there is more truth to this idea than I would like.

I remember when I worked in FOI in a central government department, a Labour Secretary of State visited us. The first thing he did was apologise to us for bringing in the Act. It was not just Tony Blair who later thought it foolish. We in the FOI team (it seemed to be the natural home of a couple of a Marxists who had somehow joined the civil service), thought it to be utterly bizarre. How was it not a good thing (and not just because it kept us in employment)?

It is our tax, it is our society, these institutions are ours, the work they do belongs to us. It almost seems like a naïve assertion, but perhaps that is because it is so true. If we live in a democracy.

But there are dangers. The FOI Act, which was heroically worked on by the Campaign for Freedom of Information (which just celebrated its 30th birthday party – 20 years older than the legislation itself), came into force over a long period of time and the dangers are similarly slow but sure.

There is a suggestion that ‘thinking time’ be included in cost limits for responding to a FOI. This means that any request of a new kind or for new types of information or invoking a new exemption will start to breach the cost limits and be refused. This encourages organisations to hire non-specialists. Or to copy in 15 members of staff into emails about FOI requests and to count thinking time 15 times over.

The chronic under-funding of the Information Commissioner’s Office (ICO) is another terrible problem. While the ICO’s basic stance seems to be to advocate the release of information and accessibility for all, in the latest triennial review of the ICO, its own submission to the Ministry of Justice[4] proposed a charge for requestors wanting to use its services. This would be appalling. But I can see that the ICO is constantly frustrated by its tiny grant in aid (the organisation runs its entire FOI operation for less than many central government department’s communications and spin budgets) and that this proposal is a sign of its desperation.

Application of the Act has become complicated – most ICO decision notices and Tribunal judgments add nuances onto how we should apply exemptions. I love the complication, but I am also very drawn to an idea that was kicked around by others on Twitter that perhaps all of the exemptions should be discarded and everything become subject to a plain public interest test. This would include cost limits – if you ask for a lot of information, if it is in the public interest to provide it, it should be provided. Thanks to relatively recent developments in understanding of ‘vexatious requests’), where a request would be significantly disruptive, the Act allows for a refusal.

The FOI Act is not perfect. But I am still of the generation that compares it to Yes Prime Minister days of secrecy and am thankful to the Campaign for Freedom of Information and other advocates that we can now ask the people who formerly felt like our masters for our own information.

Find out how the Westminster Parliament works with this fun and speedy video guide:


From the page About your Parliament on www.parliament.uk

April 2007 – Made in Scotland: law making from inspiration to implementation – held in the Wolfson Suite, Edinburgh University Library, on 17th April 2007. A workshop aimed at front line users of Scottish Parliamentary material or those with an interest in the process. The workshop will concentrate primarily on Scottish Parliamentary material although reference will be made to practices in Westminster.

Sept 2005 – Electronic Sources of Scottish Legislation – papers from the seminar held at the National Library of Scotland, Causewayside, Edinburgh on 6th September 2005.

October 2004 – SWOP Statistics Seminar – papers from the seminar, held at held at the National Library of Scotland, Causewayside, Edinburgh on 28th October 2004.